July 08, 2012
In my last post, I shared some of the big takeaways I had from #ISTE12. This is a continuation of that post, with the focus on these questions:

Hanging out at the Bloggers' Cafe was one of my favorites because of the amazing conversations with others.

My goal: I intend on hanging out virtually with some of my blogging buddies.

7. I appreciated the resources from the Common Core and PBL poster session by Diane Midness, iEARN-USA with Losira Okelo and BIE's David Ross.

iEARN's projects were aligned with Common Core and sorted by grades, and they'd be happy to show us how to dig in via a webinar.

From the conversation with David Ross, I learned about Buck Institute's (BIE's) new launch of free PBL PD, called PBLU, aligned with the Common Core.

My goal: I would like for this to be listed on my district's Prospector University (where we list PD for teachers to sign up if they so desire). It would have the dates and information for our teachers so they were aware of this awesome PD.

8. There were so many awesome resources shared during the Smackdown, part of the SocialEdCon on Saturday. -- (Does anyone have a list of these?) Some of the ones I want to try are:
My goals: A) I want to try all of the above, and put them to use. B) I need to tag my Apps in Diigo better. Right now, I just tag with "iPad" and "App." Instead, I need to be more detailed. I'd like to create a wiki with some essential apps for my district based on where they are now... and have other resources with lists of apps such as "7 Free iPad Apps for Educators and Students." Anyone have one created, or know of one, that I can use as an example (or join so I don't reinvent the wheel)?

9. Peer Coaching Panel Session-- This is one I can't forget because I was on it, and am thankful for the great experience. I learned a lot by presenting as a member of a small group with two people I had never met face-to-face before. I was so nervous about presenting that I couldn't focus that whole morning on anything else until it was over. In fact, I tried to go to a session that I really wanted to learn from, however my own thoughts about what I was going to say kept getting in the way of my listening and learning. Despite my nerves before the session, I was comfortable and confident in front of the audience, and felt like I was connecting with them.

My goal: If I ever get an opportunity like this again, I'll be sure to ask that we practice extra times to help my nerves so I might be able to think about other things prior to presenting. :-)  I'd also ask someone to take a photo for me to publish in my post.

10. Even though the days were packed with so much training, spending time with online friends face-to-face was an amazing experience, and it recharged my batteries. It's amazing to think of how connections via web2.0 has changed friendships and learning!

There were so many spectacular sessions going on at the same time, but I could not physically be in more than one place at a time. However, Twitter made it possible! I loved that I could still learn by following the Twitter feed of other sessions. Some Tweets that stood out for me were from Joan Young while in Jackie Gerstein's Flipped Classroom Session: 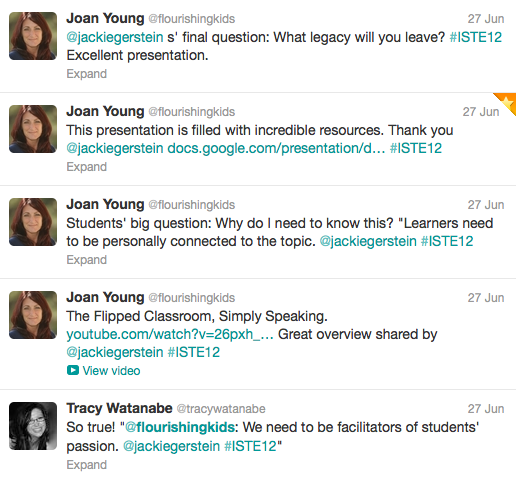 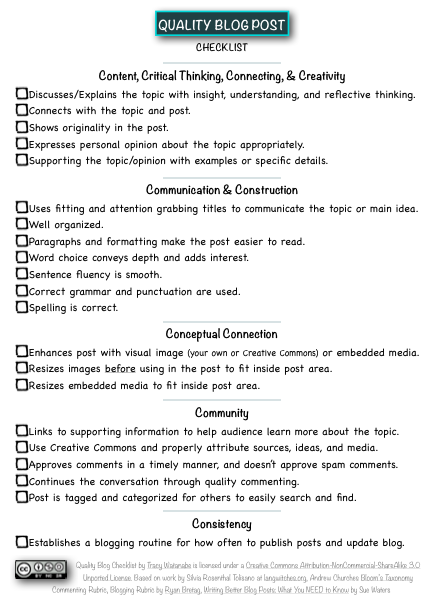